The popular Seoul based Korean BBQ chain has opened up another branch in Southern California! Kang Ho Dong Baekjeong now has a  location in Torrance, California.

The restaurant is named after the owner of the restaurant who is no other than comedian and former wrestler Kang Ho Dong. Walking in, one is greeted with a large cutout of the owner. 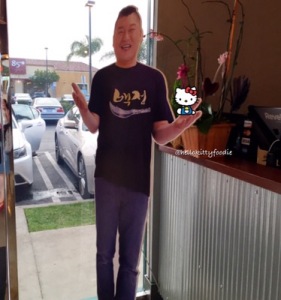 Aside from the cutout, the ode to the comedian/wrestler can be seen in various funny and unique cartoons of Kang Ho Dong. 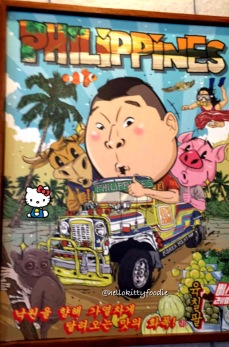 The second part of the restaurant name “Baekjeong” comes from the Korean word for “butcher.” This is perhaps to allude to the meat that they serve.

Here at the newly opened Kang Ho Dong Baekjeong, one has the choice of a meat combo or pork combo. Regardless of which one you choose, you must come hungry!

Free with the combo offerings is steamed egg, corn and cheese and onion. The steamed egg and corn cheese are already placed at the table.  It is off to the side of the gas and charcoal fired grill setup that they have here. These items cook along side with the meat. 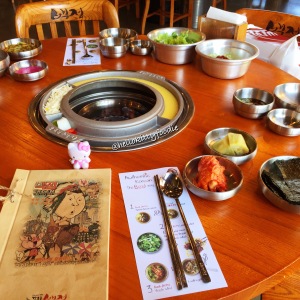 When the steamed egg is fully cooked, it is awesome. It’s very fluffy. The corn and cheese were also great and one of my favorite sides of the night. I love the melted cheese along the sweet corn. 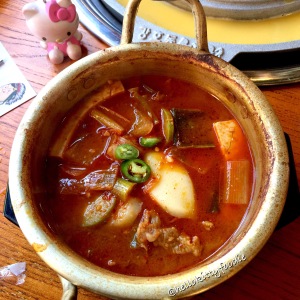 I tried the beef brisket soybean paste stew and found that it was nice mix of tofu, beef strips, clams as well as jalapeño.

The cooking of the meat here is done by the staff of Kang Ho Dong Baekjong. 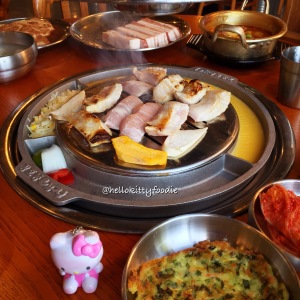 I chose to get the pork combo which came with premium seared pork belly, premium pork jowl and marinated pork collar.

Once the meat is fully cooked, the staff will let you know. 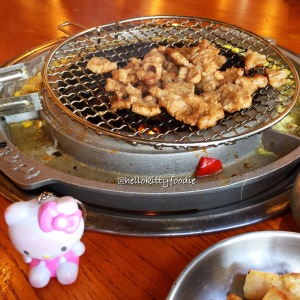 The servers will cut the meat into bite sized pieces and place them on the outer part of the grill to keep them warm but slow the cooking.

The meat can be enjoyed with a special dipping sauce that consists of wasabi, onion, jalapeño soy sauce and rice wine.

All the meat along with the banchan will be sure to make you full and content! You will be leaving Kang Ho Dong Baekjeong with a happy tummy and happy smile.